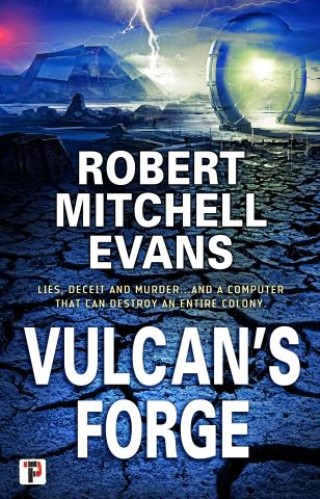 "Vulcan's Forge is a compelling journey into a fascinating future that combines intriguing speculation on social development and human nature with a richly realized, techno-noir future." Brian Trent, author of Ten Thousand Thunders

Jason Kessler doesn't fit in the society of Nocturnia, the sole colony that survived the Earth's destruction. Between the colony's dedication to a distorted vision of mid-twentieth century Americana, its sexually repressive culture, and the expectation that his most important duty is marriage and children Jason rebels, throwing himself into an illicit and dangerous affair with Pamela Guest, but Pamela harbors a secret. Soon the lovers are engaged in a lethal game of cat and mouse with the colony's underworld head and the secrets Jason unlocks upend everything he knew, exposing dangers far beyond Nocturnia and its obsessions.

FLAME TREE PRESS is the new fiction imprint of Flame Tree Publishing. Launched in 2018 the list brings together brilliant new authors and the more established; the award winners, and exciting, original voices.

A life-long enthusiastic fan of film and genre fiction Robert's interests include all form of science, history, and politics. He has played role-playing games since the early 80s and enjoys a wide array of board and card games as well. He haunts local conventions and his favorite Shakespearean play is Macbeth. Like so many ex-sailors he lives in San Diego with his sweetie-wife and an ever-growing film library.