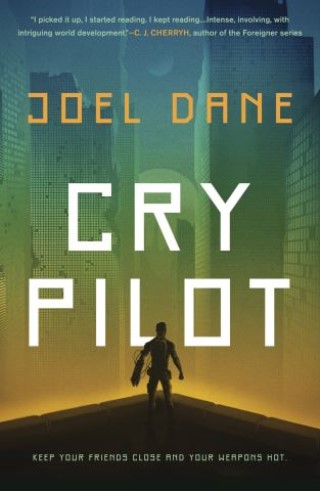 A devastated Earth. Rogue bio-weapons. And a recruit with secrets. In this explosive new military science fiction novel, a tight-knit infantry squad is thrown into battle against a mysterious enemy that appears without warning and strikes without mercy.

There's only one way for a man with Maseo Kaytu's secrets to join the military: by volunteering for a suicide mission as a 'cry pilot'. He cheats the system to survive, but you can't fake basic training. Assigned to a squad of misfits, Kaytu learns how to fight, how to obey, and how to trust. Yet the more he bonds with his fellow recruits, the more he risks exposure of his criminal past.

Keeping his secret is about to become the least of his problems. Kaytu discovers that his platoon is being deployed against a new kind of rogue bio-weapon. One that has torn apart every military force it's ever faced . . . .

Joel Dane: Joel Dane is the pseudonym of a full-time writer. As the son of an Army Private and an Air Force Staff Sergeant, he was raised on war stories and inter-service rivalry. He's the author of more than twenty books across several genres, and has written for film and TV, including a dozen episodes of a Netflix Original Series. He lives in California and Maine—not at the same time—with his family.