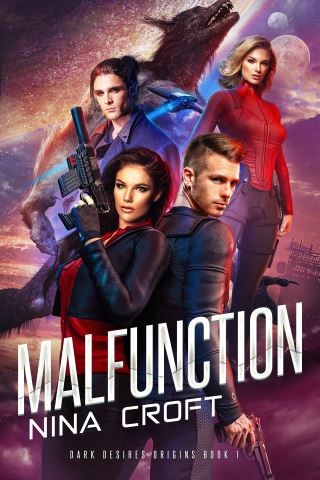 Investigator, Sergeant Logan Farrell, has never been convinced the human race deserves saving. But it looks like he’s got the job anyway.

It’s been five hundred years since we fled the remnants of a dying Earth in search of a new home. Twenty-four ships, each carrying ten thousand Chosen Ones. All sleeping peacefully...until people start dying in cryo.

Malfunction or murder? Hopefully, the former—a serial killer in the fleet would be drastic for morale. But Logan is determined to find the truth. Unfortunately, he’s got a new partner—and he works best alone.

Katia Mendoza, hot-shot homicide detective, has been woken from cryo to assist with the investigation. But is she really interested in solving the case, or does she have her own agenda?

Before he can answer that question, though, they become targets themselves.

Nothing like a few near misses with death to bring a couple together, and Logan finds himself falling for the alluring detective. But he doesn’t know that Katia is hiding a secret.

It’s not only humans who fled the dying Earth.

Nina Croft grew up in the north of England. After training as an accountant, she spent four years working as a volunteer in Zambia, which left her with a love of the sun and a dislike of 9-5 work. She then spent a number of years mixing travel (whenever possible) with work (whenever necessary) but has now settled down to a life of writing and picking almonds on a remote farm in the mountains of southern Spain.

Nina writes all types of romance often mixed with elements of the paranormal and science fiction.