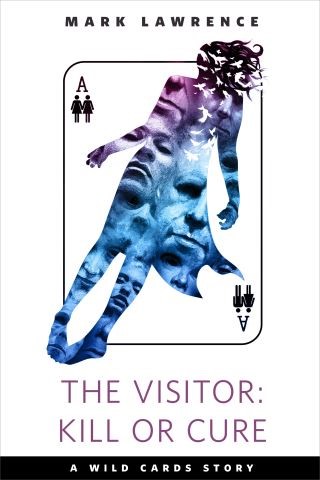 The Visitor: Kill or Cure

For over 25 years, the Wild Cards universe has been entertaining readers with stories of superpowered people in an alternate history. The saga continues with Mark Lawrence's short story The Visitor

The visitor comes... but she needs to be invited in.

Ever since she woke up in the hospital with the ability to generate heat, Ruby Johnson, a.k.a the Dragon, has built a reputation as an unstoppable force of nature. She makes her living as an assassin for hire, but one day she comes across a benevolent ace whose powers she vastly underestimates.

At the Publisher's request, this title is being sold without Digital Rights Management Software (DRM) applied.

Mark Lawrence: MARK LAWRENCE was born in Champagne-Urbana, Illinois, to British parents but moved to the UK at the age of one. He went back to the US after taking a PhD in mathematics at Imperial College to work on a variety of research projects including the ‘Star Wars’ missile defence programme. Returning to the UK, he has worked mainly on image processing and decision/reasoning theory. He says he never had any ambition to be a writer so was very surprised when a half-hearted attempt to find an agent turned into a global publishing deal overnight. His first trilogy, THE BROKEN EMPIRE, has been universally acclaimed as a ground-breaking work of fantasy. Following The Broken Empire comes the bestselling RED QUEEN’S WAR trilogy and the BOOK OF THE ANCESTOR trilogy, in an entirely new setting. Mark is married, with four children, and lives in Bristol.