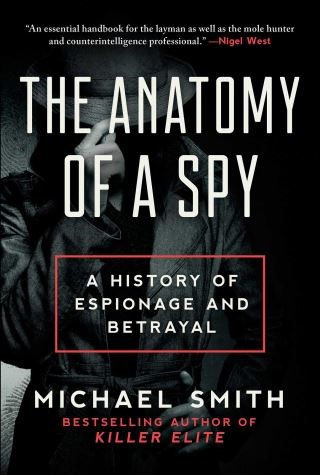 The Anatomy of a Spy

A History of Espionage and Betrayal

For fans of both real spy dramas and fictional ones—both Ben Macintyre and John le Carré—the story of why spies spy.

Why do people put their lives at risk to collect intelligence? How do intelligence services ensure that the agents they recruit do their bidding and don't betray them? What makes the perfect spy? Drawing on interviews with active and former British, American, Russian, European, and Asian intelligence officers and agents, Michael Smith creates a layered portrait of why spies spy, what motivates them, and what makes them effective.

Love, sex, money, patriotism, risk, adventure, revenge, compulsion, doing the right thing— focusing on the motivations, The Anatomy of a Spy presents a wealth of spy stories, some previously unknown and some famous, from the very human angle of the agents themselves. The accounts of actual spying extend from ancient history to the present, and from running agents inside the Islamic State and al-Qaeda to the recent Russian active measures campaigns and operations to influence votes in the UK, European Union, and United States, penetrating as far as Trump Tower if not the White House.

Michael Smith: Michael Smith spent a decade in British intelligence before becoming a journalist, first with the BBC and then with  the Daily Telegraph and Sunday Times. Smith is the author of numerous books on espionage, including the number one UK bestseller Station X: The Secrets of Bletchley Park, the US bestseller Killer Elite, The Emperor's Codes, published by Arcade, and Foley: The Spy Who Saved 10,000 Jews, which led to the recognition of former MI6 officer Frank Foley as Righteous Among Nations. Smith is a Visiting Fellow at Kellogg College Oxford and a member of the Historical Advisory Group of the Bletchley Park Trust. He lives in Oxfordshire in England.