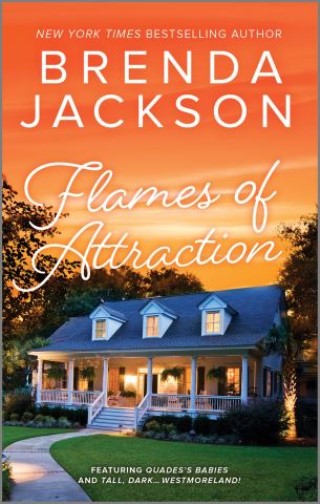 Quade Westmoreland’s one-night love affair with Cheyenne brands him body and soul, but he never even learns her last name. Almost a year later, driven by sensual memories and one incriminating photo, the sexy operative finally tracks her down—and discovers three little babies who look just like him. Learning he is a father makes Quade even more determined: he wants Cheyenne Steele to be his very own. Shockingly, the irresistible beauty seems intent on refusing him. But Cheyenne and their children are now part of the Westmoreland destiny, and Quade vows to fight for a future together.

She longs for a taste of the wild and reckless. And Olivia Jeffries gets her chance when she meets a handsome stranger at a masquerade ball. The attraction is instant, and the electricity is volatile. But days later she discovers that her new lover is none other than Reginald Westmoreland, her father’s most-hated rival. She vows to resist him, but Reggie won’t ignore the attraction they share and will stop at nothing to get Olivia back in his bed and him into her heart.

Brenda Jackson: Brenda Jackson is a New York Times bestselling author of more than one hundred romance titles. Brenda lives in Jacksonville, Florida, and divides her time between family, writing and traveling. Email Brenda at authorbrendajackson@gmail.com or visit her on her website at brendajackson.net.