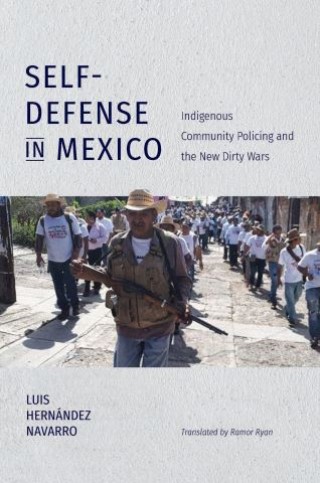 In Mexico and across other parts of Latin America local Indigenous peoples have built community policing groups as a means of protection where the state has limited control over, and even complicity in, crime and violence. Luis Hernandez Navarro, a leading Mexican journalist, offers a riveting investigation of these armed self-defense groups that sprang up around the time of the 1994 Zapatista uprising in Chiapas. Available in English for the first time, the book spotlights the intense precarity of everyday life in parts of Mexico. Hernandez Navarro shows how the self-defense response, which now includes wealthier rancher and farmer groups, is being transformed by Mexico's expanding role in the multibillion dollar global drug trade, by foreign corporations' extraction of raw minerals in traditionally Indigenous lands, and by the resulting social changes in local communities.

But as Hernandez Navarro acknowledges, self-defense is highly controversial. Community policing may provide citizens with increased agency, but for government officials it can be a dangerous threat to the status quo. Leftists and liberals are wary of how the groups may be linked to paramilitary forces and vulnerable to manipulation by drug traffickers and the government alike. This book answers the urgent call to understand the dangerous complexities of government failures and popular solutions.