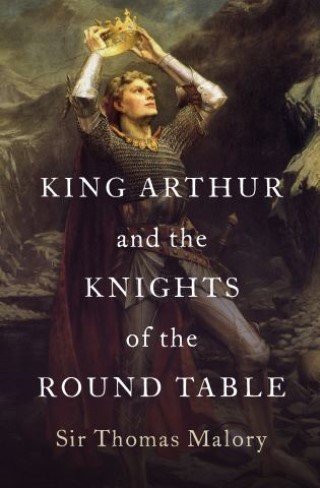 King Arthur and the Knights of the Round Table

This classic fifteenth-century chronicle of King Arthur and his knights is the essential interpretation of Arthurian legend in the English language.

Full of adventure, magic, and romance, these are the timeless tales of Arthur, the great warrior king of Britain; his loyal knight Lancelot; the beautiful Queen Guinevere; and the mysterious Merlin. Based on French Arthurian romances reaching back to the twelfth century, Sir James Knowles’s narrative tells of the goings-on at Camelot, epic battles against invading Saxon enemies, and Arthur’s quest for the Holy Grail, among many other exciting events.

Sometimes published as Le Morte d’Arthur, these accounts of chivalry and daring escapades have inspired generations of storytellers, from the Romantic poet Alfred, Lord Tennyson to T. H. White, author of The Once and Future King, from American satirist Mark Twain to British comedy troupe Monty Python.