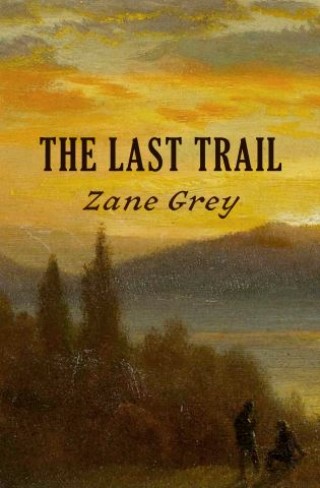 Two frontiersmen venture into the unknown wilderness to save a kidnapped woman in this historical novel by “the greatest Western writer of all time” (Jackson Cain, author of Hellbreak Country).

In the late eighteenth century, Wheeling, West Virginia, was an untamed land where brave settlers relied on the protection of a lonely outpost known as Fort Henry. But when a band of renegades and Ohio Valley Indians kidnap a woman from the fort, justice rests on the shoulders of two men: Jonathan Zane and Lewis Wetzel. As these lone outlaw hunters pursue the trail into wild and lawless territory, they vow it will be their last venture—knowing the end of the trail may also be the end of their lives.

Zane Grey’s The Last Trail completes a trilogy of western adventure novels based on the real lives of his ancestors. Set in the Ohio River Valley and drawn in part from recovered family journals, the series—which also includes Betty Zane and The Spirit of the Border—depicts the gritty reality of the late eighteenth-century American frontier