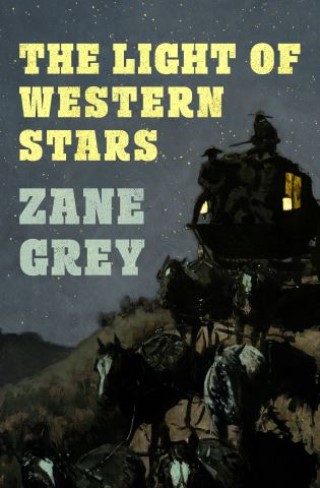 The Light of Western Stars

This 1914 novel of frontier romance by “the greatest Western writer of all time” was the basis for the classic film starring Victor Jory (Jackson Cain, author of Hellbreak Country).

Feeling constrained by her high-society life back east, Madeline Hammond decides to join her brother Alfred at his cattle ranch in El Cajon, New Mexico. But she gets a rude introduction to frontier living when she encounters a drunken cowboy named Gene Stewart. Though his rough demeanor is a shock to Madeline’s refined sensibilities, she comes to realize that he means no harm—and soon learns there are far worse characters for her to worry about.

There are some bad men who would do anything to see Alfred run off his land. While Gene tries to prove to Madeline that he can change for the better, tensions in El Cajon are on the rise. And when violence breaks out, Madeline discovers courage matters a lot more than manners on the frontier