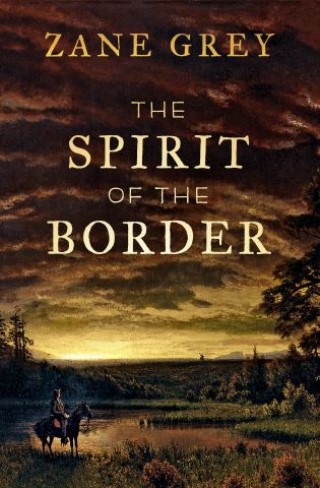 The Spirit of the Border

A classic historical western of the eighteenth-century American frontier by the celebrated author of Riders of the Purple Sage.

First published in 1906, The Spirit of the Border is a vivid and brutal tale based on true events as chronicled in the journals of Zane Grey’s ancestor Col. Ebenezer Zane. It tells the story of Moravian Church missionaries and their efforts to bring peace to the Ohio Valley—efforts that met a tragic end in the destruction of a Christian Indian settlement known as Gnaddenhutten, or Village of Peace. Set in the midst of the American Revolution, the novel also recounts the brutal exploits of Lewis Wetzel, the infamous hunter known as Deathwind who viewed all Native Americans as his mortal enemies.

The Spirit of the Border is the second book in a trilogy based on Zane Grey’s family history, preceded by Betty Zane and followed by The Last Trail.